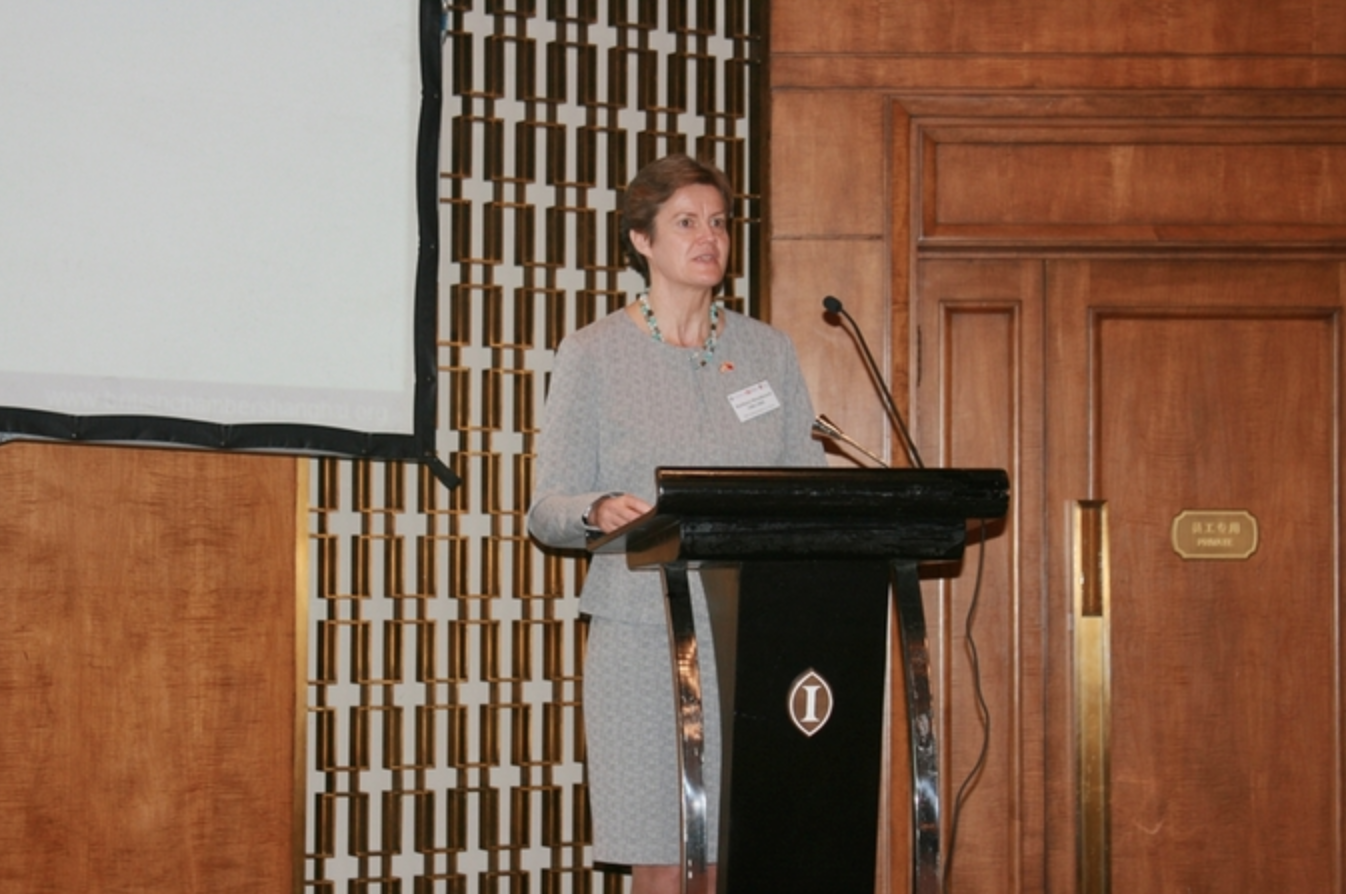 On Thursday, 28 April, the British Chamber Shanghai and China-Britain Business Council invited members to an exclusive luncheon with Her Majesty’s Ambassador to the People’s Republic of China, Barbara Woodward CMG OBE, and join the official launch of the British Business Awards 2016.

Representing Her Majesty The Queen and the UK government in China, Barbara is the first female British Ambassador to China since taking up office in February 2015, being responsible for the direction and work of the Embassy and its Consulates.

The Ambassador recognised the challenges of conducting business in China’s ‘new normal’ economy but highlighted that there are still significant opportunities ahead in the ‘golden-era’ of Sino-British relations. To take advantage of this, three pillars for the success of bilateral cooperation were highlighted:

Key features of the years ahead also include:

Three touch points in the months to come include:

Finally, commending the business community and the energy of the partnerships in Shanghai, the Ambassador stressed the opportunity to get involved and participate in the British Business Awards (BBA) 2016, to highlight achievements and celebrate British business success in China. For more information about the BBA or to apply for the awards, please visit www.britishbusinessawards.org.

Special thanks to Röder Group for sponsoring the tent for the event.